Throughout this series celebrating 15 years of Infegy – Consumer Intelligence, we’ve unpacked how the rapid evolution of social media culture was powered by the equally rapid development of technologies that drove innovation: software, hardware, and networking. One other significant development took place along with these changes: brands discovered different ways to monetize the web, mainly through online advertising.

Since 1994, when AT&T purchased the first online advertisement for $30,000, online marketing has morphed from the overuse of non-targeted pop-ups, to personalized ads curated by our own search and browsing activity.

We wrap up this series, The Evolution of Social Media, with a social listening dive into influencer marketing – the most recent and still-expanding chapter of how brands leverage social media to generate revenue.

[Note: To learn more about the earlier chapters of online marketing and the technologies that fueled them, read “Evolution of Social Media Technical Report Part IV: How Companies Monetized The Internet and Social Media.”]

While influencer marketing did not begin on the internet, it shot into prominence in the 2000s as more and more celebrities, specifically reality TV stars, took to social media to share and promote their favorite products. Soon after, influencers rose from the ranks of “normal people.” The uniting factor: each of these individuals – celebrities or not – created and shared content on social platforms to create a dedicated audience.

The current iteration of influencer marketing online lies squarely at the intersection of social media, content creation, and brand activity.

In the earlier (and still on-going) forms of online advertising, brands interacted with social users by placing ads next to content on social and search platforms.

Facebook and Google sell ads that are layered into organic, user-driven activity. For example, Facebook shows ads that appeared next to status updates and friends’ photos while Google places relevant ads next to the organic search results for which users search.

Brands realized that the massive subscriber counts of content creators served as “captive audiences” and potential customers. Brand-strategy evolved: rather than place ads on the platforms, companies began paying influential content creators to get their products and services in front of creators’ audiences.

YouTube created the first program to share revenue with creators for the audiences they create.. Their 2007 Partnership Program directly paid content creators a percentage of the advertising revenue they earned from the platform.

Related: How to Use Social Media Intelligence to Boost Your Brand Sentiment Analysis

The platform started as a place for creators to upload videos anyone could watch for free. That changed in 2007 when YouTube announced its Partner Program. According to blogger Lydia Sweatt, YouTube would pay its content creators 55% of the ad revenue that YouTube earned from advertising on their video channel. While paying social media users for the content they were producing seems commonplace now, at the time it was a novel idea.

The YouTube Partnership Program was met with near-universal acclaim by its users. Historical data from our consumer intelligence platform, Infegy Atlas, shows that social media users have discussed the program with 84% positivity over the last 15 years. This captures social conversations going all the way back to when the program launched. (Figure 1). 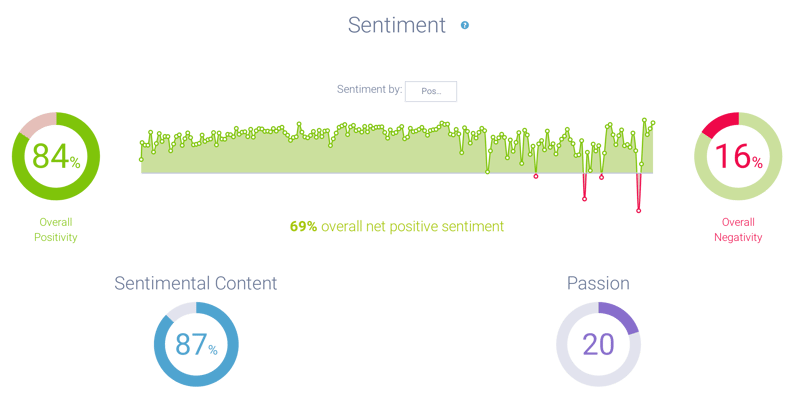 Additionally, Infegy Atlas analyzed that a massive 54% of posts emoted Joy and Trust while discussing the program (Figure 2).

How YouTube’s Partnership Program impacted content creation as a career

First, on the individual user level, it made a career in video content creation accessible to all. Prior to YouTube, creative video producers and filmmakers had to go to film school, then get jobs at creative ad agencies or Hollywood studios. In short, there was no easy way for their work to be distributed without the aid of a gigantic creative studio.

YouTube did not stop innovating after their initial announcement.

Marques Brownlee, a YouTuber and tech reviewer with 16.4 million subscribers, describes the many creator-focused improvements developed by the platform over the years. In a recent, very gracious video critique of Twitter. Brownless goes on to describe how, by comparison, YouTube continues to introduce revenue-generating avenues for its content creators, like enabling users to pay content creators directly for well publicized comments, monetizing YouTube Shorts, and introducing Channel Memberships which allow YouTube viewers to access exclusive creator content.

Linguistic analysis by Infegy Atlas data shows how these innovations, like YouTube’s initial partnership program, have also been met with near-universal acclaim by YouTube’s user base (Figure 3). 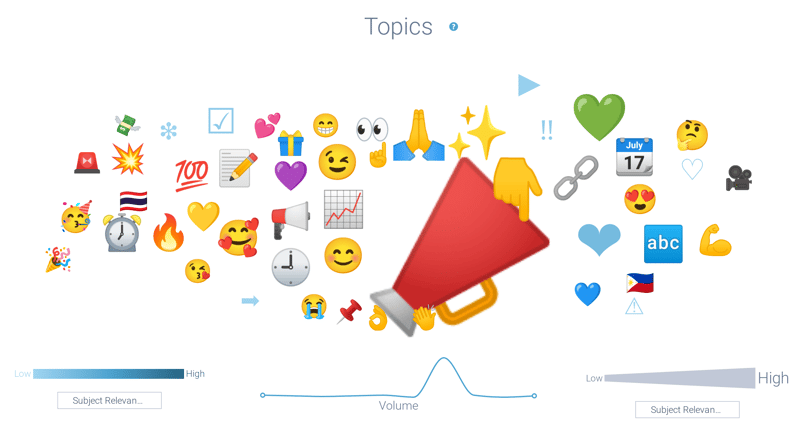 The second major impact YouTube had was systemic: the strategy to compensate content creators with ad revenue share was adopted by several other video sharing platforms. Entire platforms like Twitch, Medium, and Substack, built their products on supporting their creators with ad-revenue.

Brownlee contends that YouTube’s model created a feedback loop: creators make videos which perform well, platforms like YouTube or Twitch sell advertisements to be viewed alongside those videos, and finally, platforms fund creators with a share of that ad revenue to facilitate more content.

Influencer marketing on the rise

Brands and marketers are still discovering the full depth and power of the relationship influencers have with their viewers.

Jasmine Enberg, writing for Insider Intelligence, says that influencer-marketing budgets rose by 33.6% in 2021, and are projected to grow even further in 2023. She goes on to forecast that in the US, influencer marketing will be a $5 billion industry in 2023.

Meanwhile, the next iteration of influencer marketing is already here, in which brands cut out the “middleman”-- social media platforms, and pay influencers directly in the form of sponsorships or products. Today, it’s become very common to see some of the most popular creators endorse, review, test, or place products as part of their video.

Also growing on the influencer-marketing horizon, is the growth of nanoinfluencers. Nanoinfluencers are content creators with 1000 or fewer followers on social media. Companies are tapping into this subset of creators not only for cheaper marketing campaigns, but to leverage the trust fostered by nanoinfluencers’ small and close online communities.

Social media insights on the rise of influencer marketing

Paid product placements or product endorsements in video content has led to the dramatic surge in the popularity and everyday use of the very term, “influencer.” Infegy Atlas noted a 650% increase in post volume of the term in the last 10 years (Figure 4).

Using Infegy Atlas’ built-in Entity-detection, we found that Instagram is the platform most associated with the term, followed by Twitter, Linkedin, and YouTube (Figure 5). Understandably, TikTok had the lowest overall association by post volume. This makes sense, since TikTok didn’t exist a few years ago. Conversation around influencers has experienced over a 1000% growth on TikTok over the last few years. This suggests that influencer momentum is indeed moving towards newer players in the space.

Social media intelligence and the future of influencer marketing

YouTube was the first brand to activate the “feedback loop” between content creation, social media, and revenue generation. Their innovation in this area launched the modern version of influencer marketing as an industry and as a career, and created a new trajectory in online marketing.

It is important to note, however, that while brands have become increasingly creative at selling their products and services online, data and technology have been at the heart of how companies have optimized their online marketing strategy to drive growth.

This is especially true with influencer marketing.

Influencer marketing today is a product of social media communities. In every sense of the term, it begins and ends in social.

So, in 2023, equip yourself with the data and analytical tools that allow you to dive into the conversation and follow consumer insights … right to the best influencers or audience groups for your business or brand.

If you’re currently searching for the right influencers or consumer insights to boost your marketing strategy, we’d love to hear from you! You can even take a tour of our consumer intelligence and social media analysis tool, Infegy Atlas!