Silence typically points to absence – absence of noise, of conversation, and spaces that are uninhabited and still. However, we’ve all experienced a second type of silence that points to movement and growing energy. For example, the house falling silent could mean that mischief is afoot in the realm of the kiddos, silence before a storm represents massive weather phenomena occurring hundreds of feet above our heads, and the silence after a friend or partner snaps, “I’m fine,” can be uncomfortably full of tension. Being able to distinguish between the different types of silence is an important life skill – one that requires nuanced and sincere listening. This also holds true when listening to online conversations.

When conversational volumes drop or trends flatline in social listening data, our first assumption is that the interest in that topic or keyword is fizzling out or absent completely. However, that assessment could be premature. Indeed, drops in conversational volume – what we at Infegy call “social silence” – can carry valuable information. Social silence can often point to needs that aren’t being met, a scarcity of services, or services that aren’t being advertised sufficiently. In this regard, listening to social silence provides opportunities for business action, such as new product development, and shaping or adapting campaign strategy.

Here, we share our process for how to listen to social silence rather than dismiss it immediately as a lack of interest or an absence of conversation on your topic. In order to illustrate our methodology, we will provide an example of how we did this with a recent, real-life use case – one that presented us with surprising and profound social silence.

Absence of conversation vs. scarcity of services: listening to social silence in rural states

While supporting health industry clients in conducting research for an upcoming business pitch, we dove into conversations surrounding health needs, and mobile healthcare options for rural residents in the United States. Our textual analysis of the conversation supported external research that indicated that rural residents wanted low-cost, flexible, and free medical services (Image 1). We were able to provide nuanced information that showed that over the last three years, telehealth and mobile health were trending up, and digital-first care was in demand (Image 2). We then asked which states had the highest level of conversation around mobile health and rural areas (i.e., the geographic distribution of the conversations) so we could offer focus areas for future mobile health services. This is where we found a noticeable absence of significant conversational volume in several states. 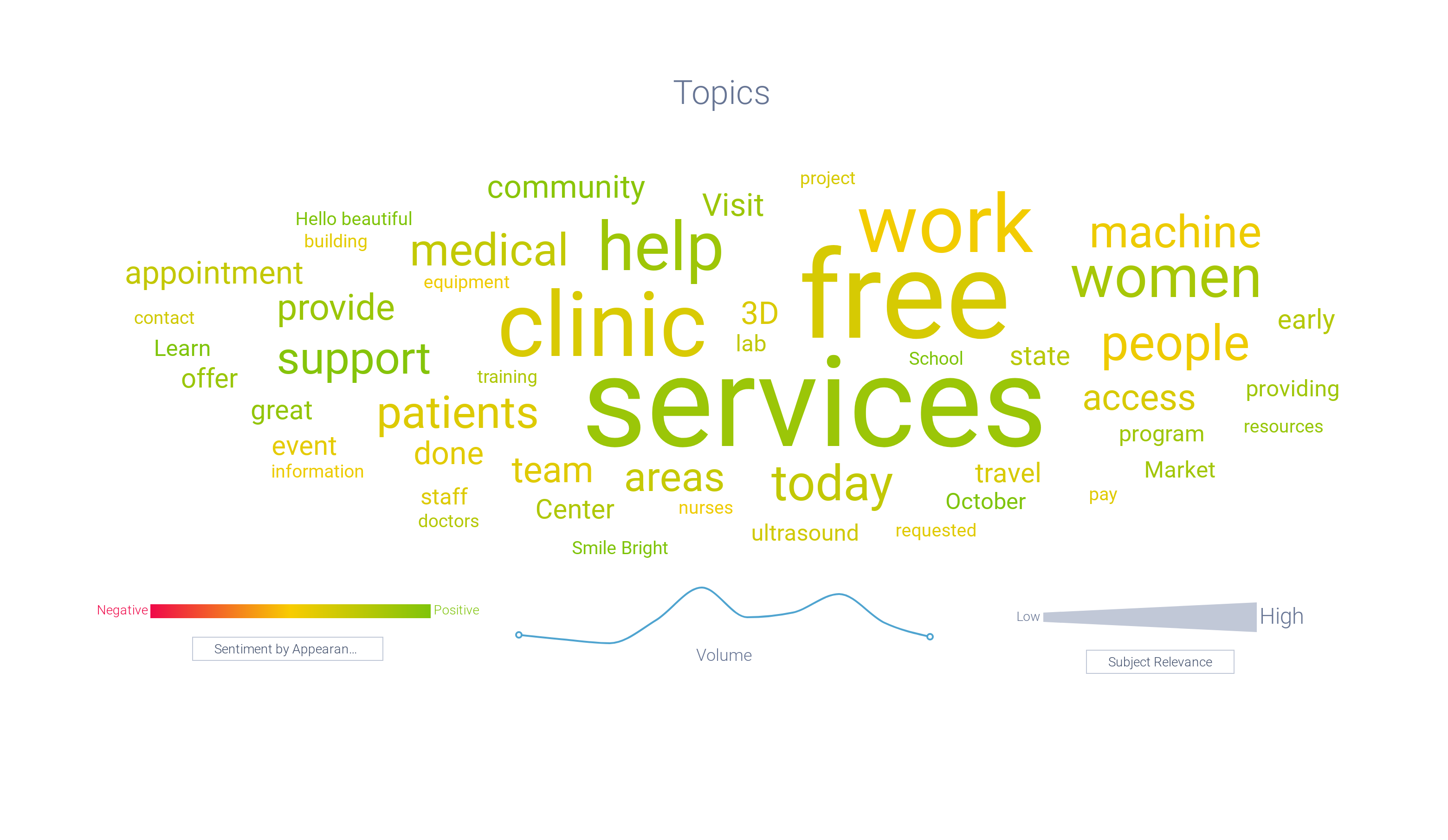 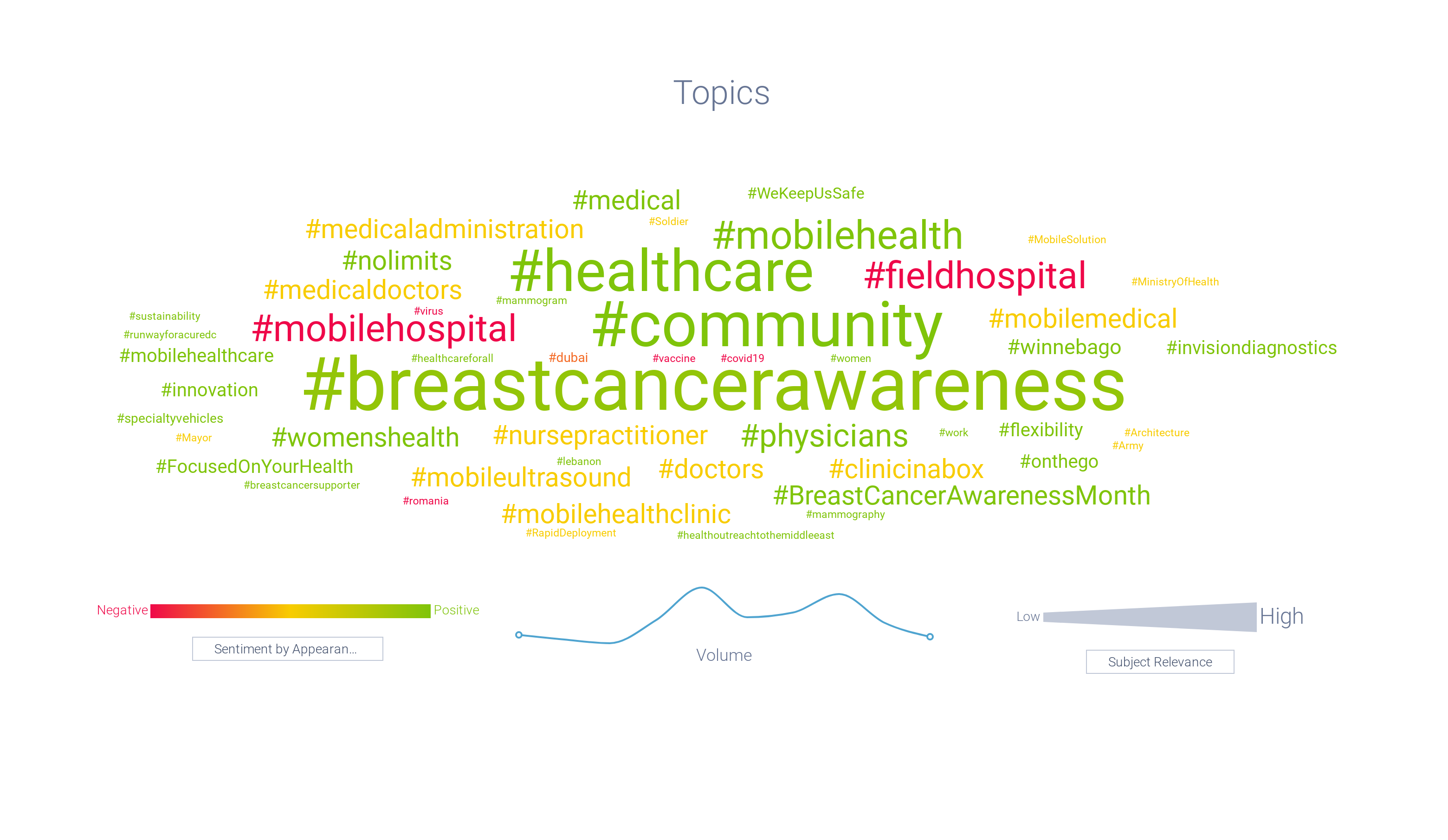 The first impulse would be to interpret the lack of conversation from these states as lack of need or interest in mobile health and telehealth services, and to shift focus to states with higher conversation scores. However, knowing that social conversations hold nuances, we followed our instinct here to stay with the silence for a moment. We began to cross-examine the geographic distribution data so that we could decide whether the silence from these states indicated more than a lack of interest. Our methodology involves the following four steps:

Contextualize social silence
While contextualizing data is a vital step in any data analysis, framing social silence within a larger data picture is an especially important first step. Here, contextual data reveals whether the silence is truly an absence … or it points to other factors that explain the silence. In our case, we contextualized the social silence from rural states by comparing the geographic distribution to census and demographic data gathered by The World Bank and similar sources. We found that the states with the lowest conversation scores were the states with the largest rural populations (Image 3). These included states like the Dakotas, Wyoming and West Virginia where there are known barriers to healthcare in rural areas. Areas that are underserved, rural or have low population-densities tend to have lower conversational volumes and scores – and therefore, contextualizing the social silence in this way established that the silence was not necessarily indicative of a lack of interest.

Image 3: Geographic distribution of the social conversation on left; states with the highest rural populations by percentage on the right.

Employ a granular perspective
Going granular in data analysis reveals patterns and trends that aren’t visible in expansive timelines, or large-scale averages. For example, seasonal trends have a tremendous impact on consumer goods marketing and seasonal campaigns, but wouldn’t be easily recognizable in a multi-year study. We stayed with the geographic distribution theme when going granular and analyzed the conversation and social silence by District Marketing Areas (DMA). We found that even the urban areas of rural states showed a drop in conversational volume (Image 4), e.g. Albuquerque is the largest city in New Mexico, (implication here is a guarantee that residents have access to the internet and social networking culture). However, the DMA associated with the Albuquerque area still had a low conversational score around mobile health and telehealth topics. This is a clear indicator of a gap in services and advertisement for services, rather than a lack of need or interest. 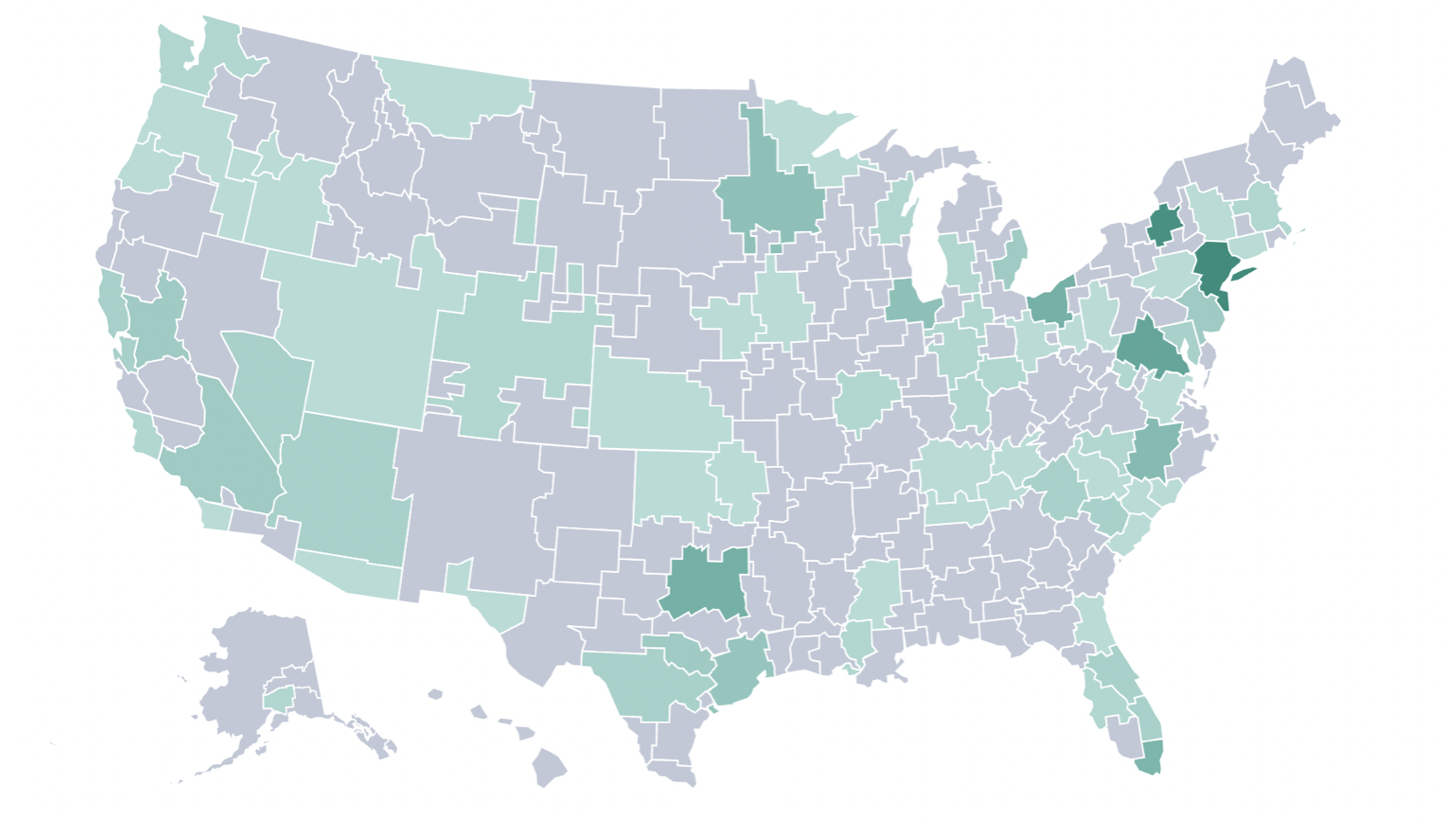 Construct a comparative study
Comparative structuring of data reveals shared trends and patterns, which then reinforce or inform the original finding. In our case, we wrote a similar query, applying it to an international context – here, to the entire South American continent. We found similar results – the countries with the largest rural populations had the lowest conversational scores (Image 5).

Synthesize: look at the whole picture, and from all angles
Overlaying the various perspectives, and synthesizing an interpretation based on the aggregate data, offers you the most credible outcome. Our final step involved external research from the Association of American Medical Colleges, which pointed out that 20% of the American population lives in rural communities, but only 11% of physicians reside in such areas. Rural communities suffer from a dearth of healthcare services like imaging, physicians, nurses, or access to medication, and that rural residents must travel hours to receive care for emergencies or routine care.

When we considered this, along with our initial linguistic analysis (described above), and the findings from our cross-examination of the social silence, we were able to conclude that the silence we heard was indeed, relevant and informative.

Our recommendation in this situation was to interpret social silence from the rural states as indicative of a gap in healthcare services, and/or insufficient advertising for those services, rather than a lack of need or interest.

‘Listen to the silence’

As poetic as this phrase may be, when it comes to social media analytics, listening to the silence has tremendous pragmatic value. Trust your instinct when silence seems more than the absence of conversation. Before dismissing it as lack of need, interest and conversation, try out part or all of our cross-examination methodology: contextualize the data, go granular, create a comparative, and then synthesize your findings along with associated research.

Schedule a demo to learn more about how Infegy Atlas can help you examine social silence so that you can unravel nuanced insights into market needs, develop campaign strategy, and even reveal vital hints for creating target personas.