How PayPal turned the social media tide of anonymity and privacy

Series: The Evolution of Social Media

My first social media handle was a mysterious thread of letters and numbers which – if you knew me well enough – could be unraveled to reveal parts of my name, my anticipated high school graduation year, and an abbreviation of the profession I aspired to as a 17 year-old. It was an intentional identity-puzzle designed to keep me anonymous online. I still remember the blend of emotions when I, in compliance with their policy, typed in my real name when registering my Facebook profile four years later.

Over the short course of its evolution, social media culture has transitioned through the dueling priorities of public and open sharing versus data privacy and anonymity. As I discussed in the previous entry in the series (“Networking Advances that Fueled Social Media”), the first iteration of the internet – USENET – was a single, open, transparent network for academics and researchers to share ideas. Around the 1990s, as more users connected to the World Wide Web, the expanding internet ecosystem elicited a paradigm shift: when it came to trust and public sharing, usership swung towards pseudo-anonymity. In this new era, users like 17 year-old me began adopting nicknames in chat rooms – ones that could not be connected to real identities easily. This continued until the early-2000s, when the emergence of PayPal challenged online anonymity.

We tapped into social conversations around these paradigm shifts in online cultures, particularly examining consumer responses, sentiment and behavior in these moments. Here, we discuss how a single digital finance platform propelled the real-name, public-sharing online culture of the last two decades.

[Note: for an in depth, technical inquiry into the roles of finance and cryptocurrency in social media, download our free, newly released technical report: “The Evolution of Social Media Part II: From Public, Centralized to Private, Decentralized Social Networks.”]

While the internet had been available to researchers and academics for around 20 years, it was still in its infancy as a generalized, “for-popular-use” network in the early 1990s. As a result, users shared information with caution and tended towards anonymity. They weren’t required to connect their real names to their online personas, so they didn’t. Eventually, ecommerce began to flourish, and the benefits of online shopping were as tremendous as the risks of giving out personal and payment information on various sites. PayPal launched in December 1998 and convinced customers to give them that information instead.

PayPal required users to register accounts made with real personal information –  real names, email addresses, bank account numbers and credit card information – in return for verified, credible digital transactions facilitated by a single, secure platform. According to The Founders: The Story of PayPal and the Founders Who Shaped Silicon Valley, PayPal soon became the most trusted person-to-person payment service on the internet. Infegy Atlas data confirms this sentiment: Trust has been the leading emotion associated with the brand over the last 15 years (Figure 1). Moreover, 45% of posts within that same timeframe reflect PayPal’s convenience and ease of use. 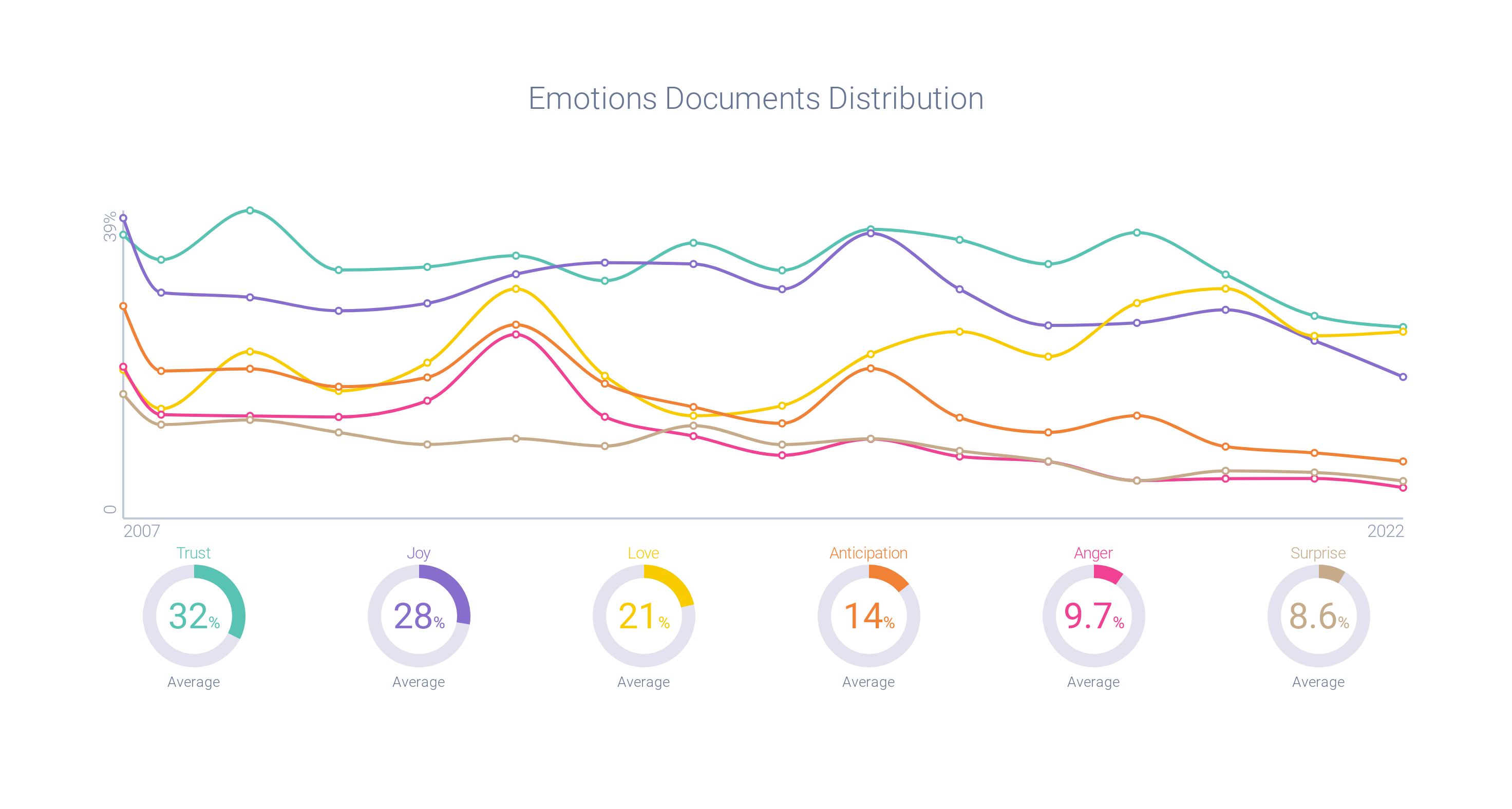 So, what does the meteoric rise of a digital finance platform have to do with social media culture?

Everything, it turns out.

The trust and convenience associated with early PayPal helped usher in a culture of willingness to share real names and identities online. Then, when the major players associated with PayPal branched out and began to shape the biggest social media platforms of the 2000s in its image, online culture was already primed and willing.

PayPal co-founder Peter Thiel provided $500,000 for early startup capital to launch Facebook. He remained on the Board of Directors until 2022. Reid Hoffman, also an associate in the operations of early PayPal, founded LinkedIn – another centralized social network that requires real identities. Hoffman also invested $40,000 in Facebook in 2004. PayPal’s legacy of mandatory transparency and centralized regulation first manifested in Facebook’s “real name policy.”

In her whitepaper, “The Politics of ‘Real Names,’” Georgetown professor Danah Boyd explains, “The Facebook was launched as an alternative to pseudonymous MySpace.” While the policy has evoked controversy and resistance, it was initially received quite well. Early Facebook users viewed the platform as an extension of campus life, and Facebook’s initial structure of only allowing verified college email addresses supported this. This level of validation made users more comfortable putting personal information online.

Data from Infegy Atlas notes that this real name practice was initially very popular, with a 64% positivity rate in 2009 (Figure 2). Infegy Atlas also shows that early users’ Trust in Facebook ranked as a leading emotion, with around 20% of posts presenting that emotion from 2007 through 2009. Even when Facebook opened up registration to all users (13 years of age and older, of course), the culture of sharing one’s real name, personal status, and photos on one’s Facebook “wall” stayed the norm. 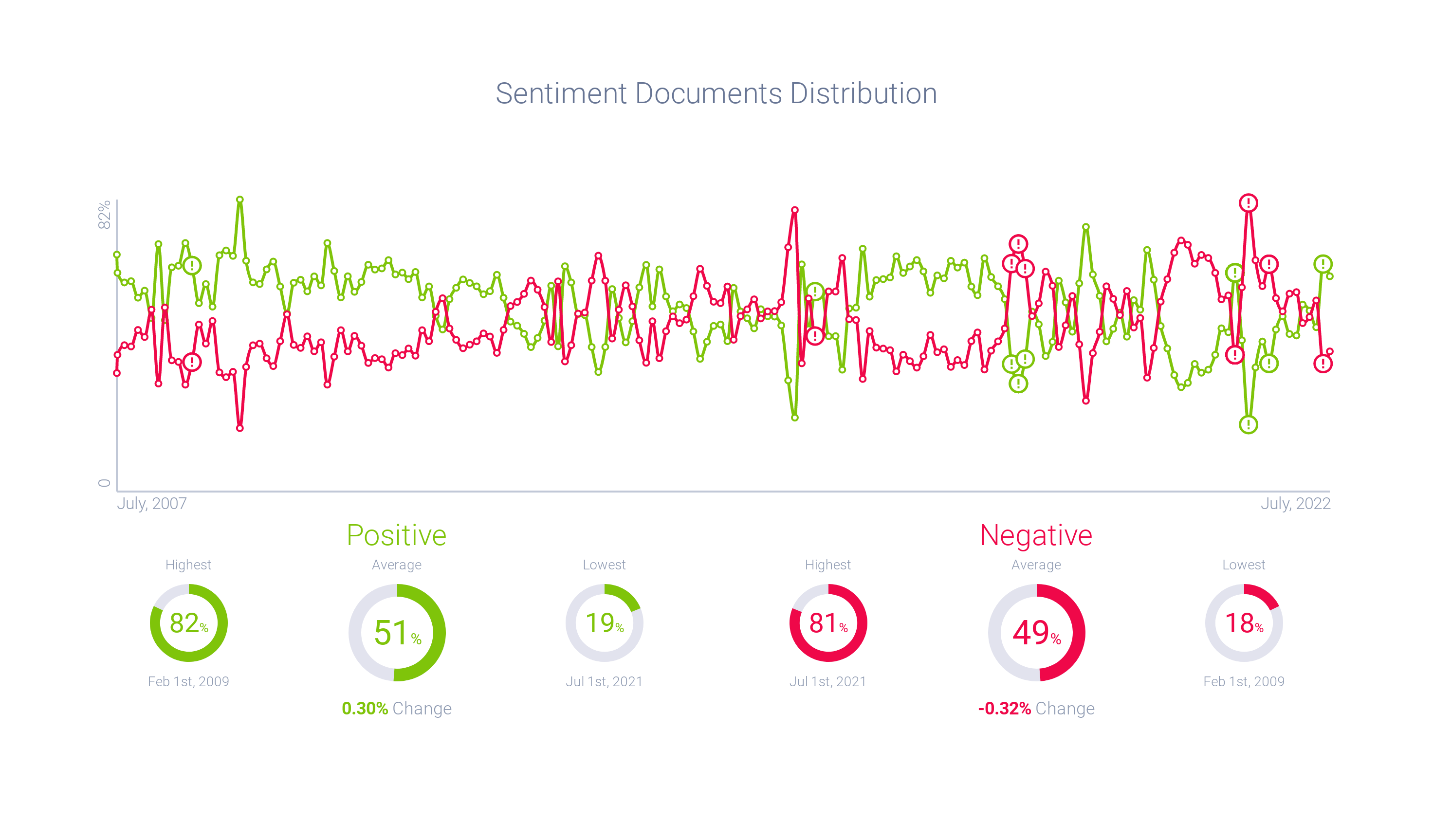 Beginning in 2013, Facebook and the larger social media ecosystem started to lose much of the trust they had earned when they first launched due to multiple scandals involving user privacy. Driven by these breaches in trust, the social media pendulum is now swinging back towards anonymity and decentralized social platforms. In fact, younger users are now migrating away from Facebook to social platforms and apps that facilitate privacy and decentralization (Figure 3).

Infegy Atlas Data shows that the age distribution of people talking about Facebook online is moving more towards people aged 25 and above. In 2011, 34% of people discussing Facebook related topics were between the ages of 13-24. By 2021, that dropped to a mere 15%, as younger users migrated to apps like Snapchat and Discord.

Despite the rapid ebbs and flows in online culture, this brief history depicts that financial motivators have shaped social media history and will continue to do so. You can learn more about this future and how cryptocurrency and decentralized finances are influencing the design of federated social networks by downloading our free Technical Report, “The Evolution of Social Media Part II: From Public, Centralized to Private, Decentralized Social Networks”. PayPal’s influence on social networking policies of Facebook and other sites of its era has created a culture that will continue to impact social media, finance, marketing, and consumership for years to come.